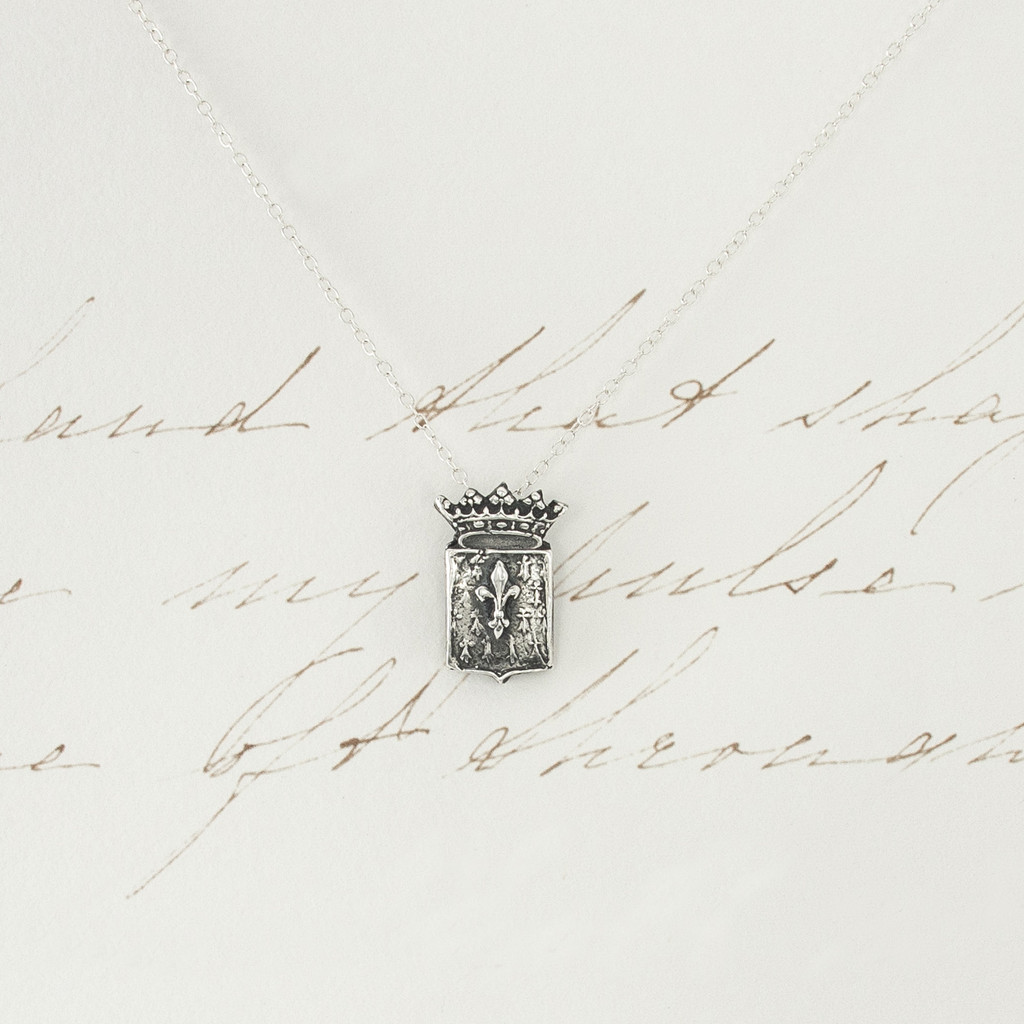 This piece is modeled after a pin that was given out at the 400th anniversary of Queen Anne of France's reign. Having married Charles the VII of France, and later, Louis XII of France, Anne was the only woman to be Queen consort of France two times.   Lynda replicated the pin into a small sterling silver pendant or charm.  It has a hidden bale and is oxidized to enhance the images.  An interesting gift for an Anne or anyone who loves historical jewelry.

Crown for the queen; Fleur-de-lis which were on Anne's father's coat of arms; Attached hidden bale

Exquisite as always! Another masterpiece, Lynda!

$495.00
This exquisite sterling silver pendant was modeled after a pin that was given out at the 400th Anniversary of Queen Anne of France's reign. Anne the Duchess of Brittany married Charles VII of France...
View Product

Marianne - Minister of the Interior

This Marianne pendant was created from a 1800's French medal from the Minister of the Interior.  The medal was engraved/designed by O. Roty.  This pendant features a raised center area with...
View Product