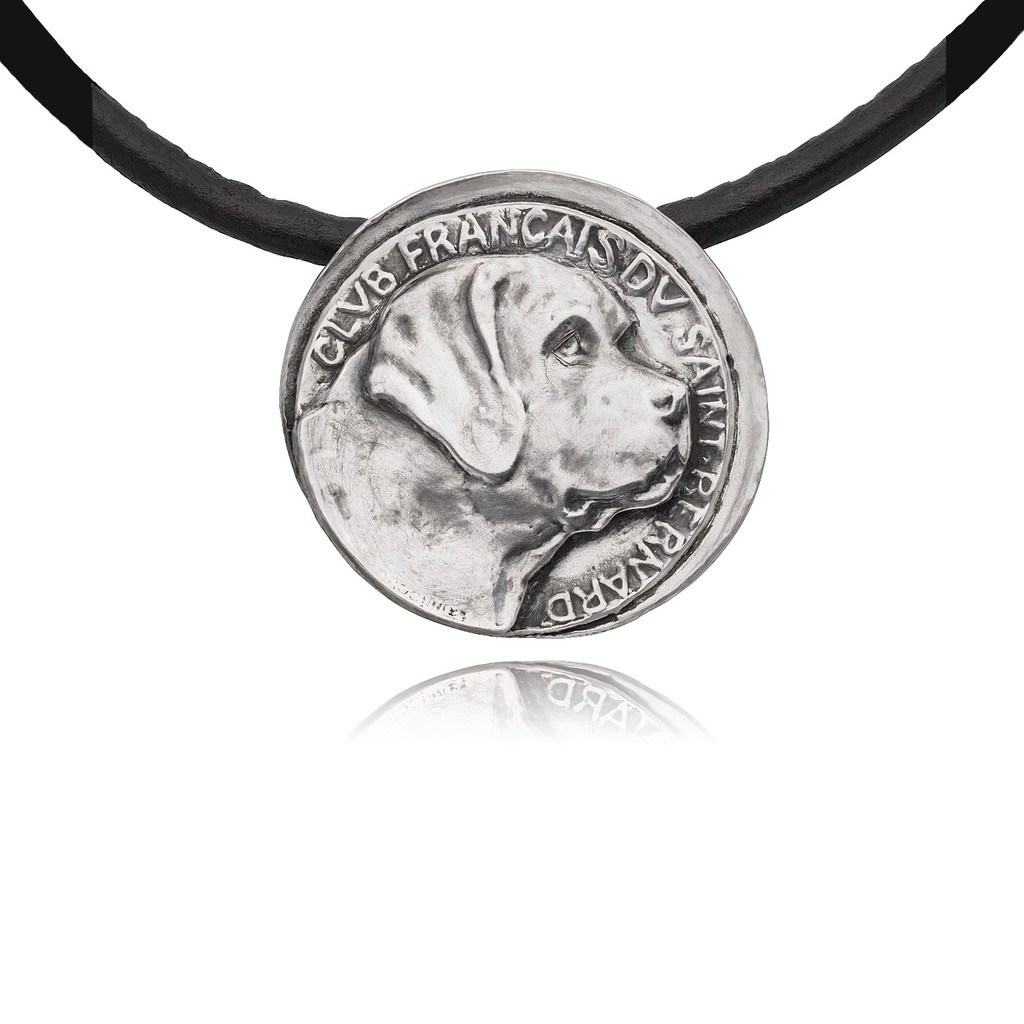 The design on this pendant is a tribute to M. Lordonnois.  His work dates back to the beginning of the 19th century and he was also well known for his WWI medals.  The Saint Bernard is a very large working breed from the Western Alps of Italy and Switzerland.  They were originally  bred for rescue work by the hospice of the The Great Saint Bernard Pass on the Italian-Swiss border.    The hospice built by and named after Italian monk Bernard of Menthon.  He acquired his first dog between 1660 and 1670.  These dogs are known for their famous alpine rescues, but loved by many for being a gentle giant.