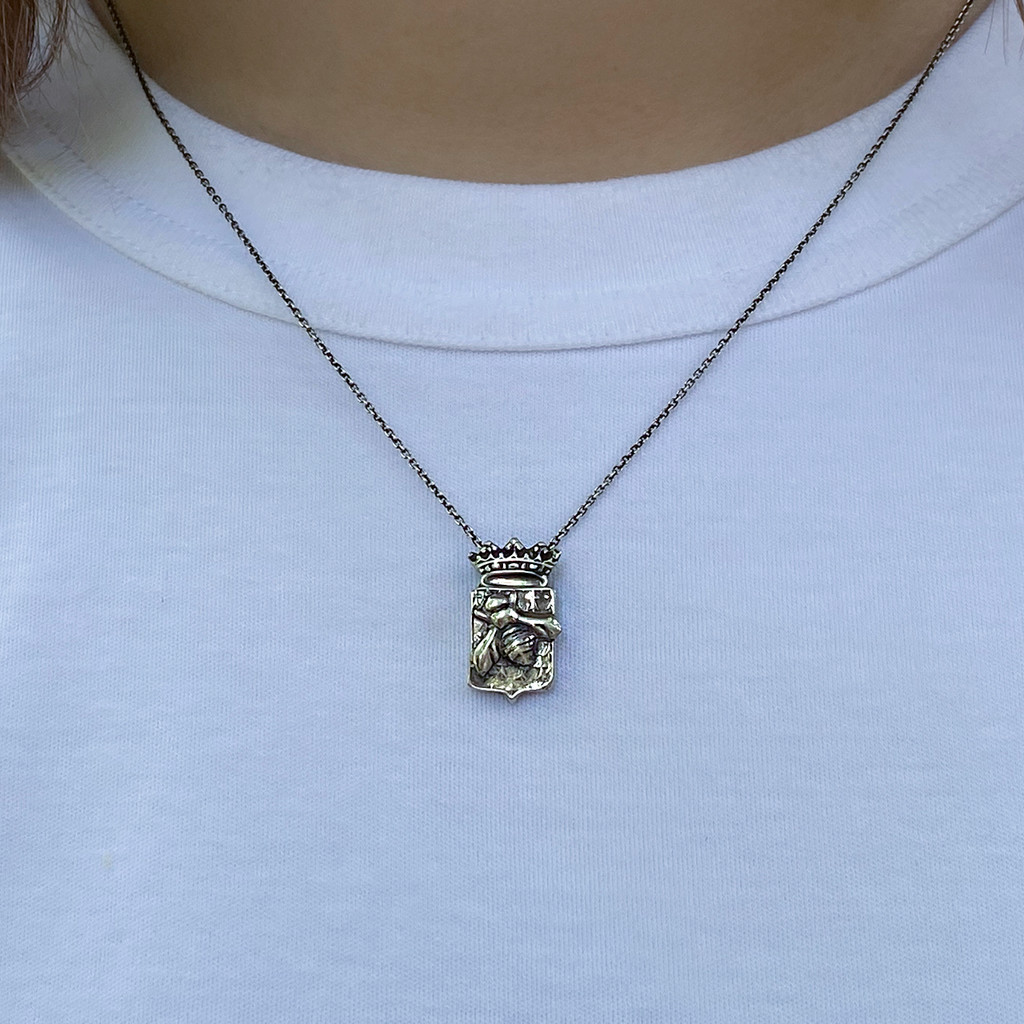 This tiny sterling silver pendant is the perfect piece for all Queen Bees.  I replicated the crest of Anne, Duchess of Brittany, adorned with her actual crown, as the background for the pendant.  Anne later became the Queen of France and is the only woman to be married to two french kings.  She was queen consort of France from 1491-1498 and 1499 until her death.  The honey bee is considered to be the oldest emblem of the sovereigns of France.  Due to its industrious habits the bee came to symbolize hard work, diligence , industriousness, orderliness, vigilance  and zeal.  Because it is the producer of honey the bee also symbolizes sweetness and benevolence.  After much consideration as an admirer of the insect's industrious nature, Napoleon Bonaparte--a quite ambitious being himself--chose the bee as the predominant emblem of his reign. With it’s royal crown and the little bee this pendant melds centuries of history and symbolism together.  I like to think a little honey bee simply landed in the center of the crest and claimed her crown.

It comes with either a 16" or 18" sterling silver chain (your choice).

This detailed floral pendant is a replica of a charming, antique button that was given to Lynda by a dear friend and unofficially adopted daughter, Antonine, from Paris, France. An intricately...
View Product

This exquisite piece of jewelry was inspired by a French Marianne medal from 1921.  The art nouveau design of her, on this medal is very unique considering older versions of Marianne as seen...
View Product

$325.00
Queen Victoria was the reigning Monarch of England and Great Britain from 1837 to 1901. She reigned over the most prosperous period in the history of England. If anyone was lucky enough to watch the...
View Product
Add to Basket
Add to Basket