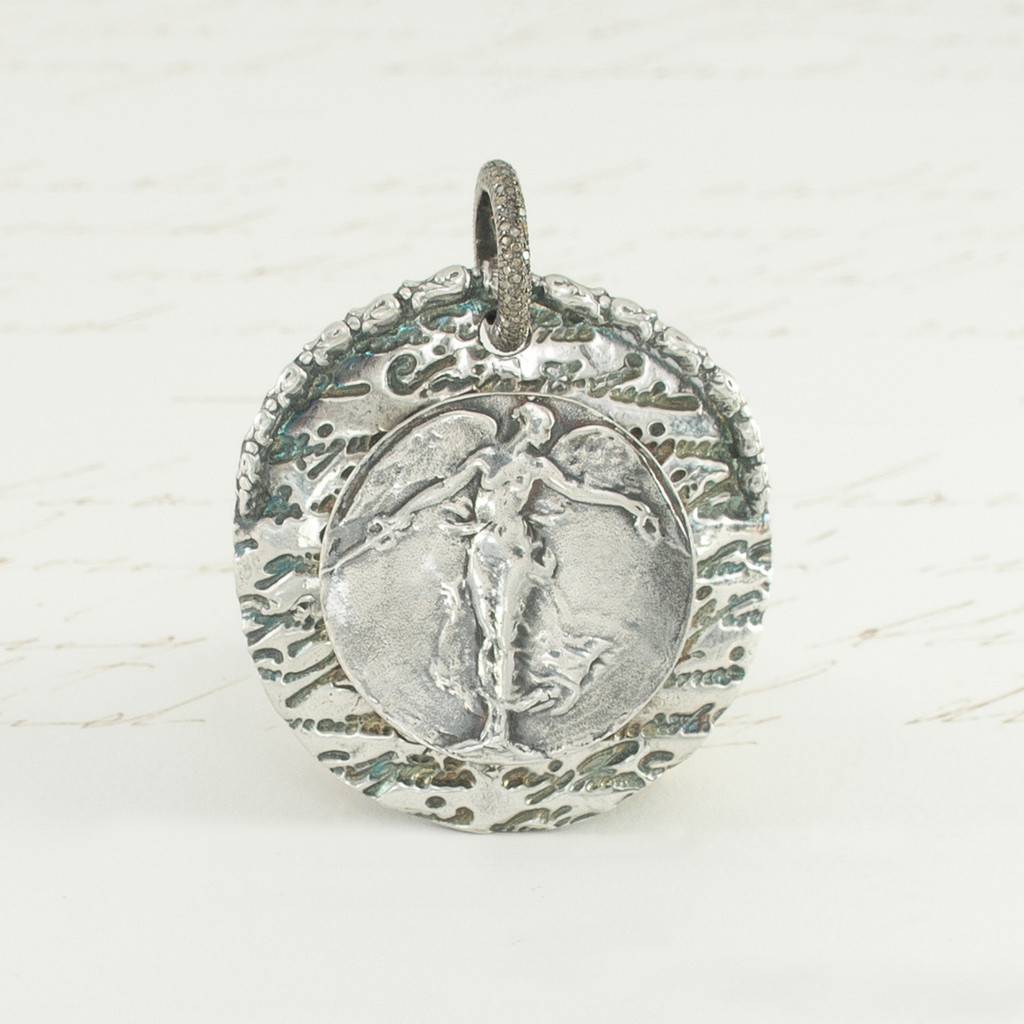 To honor our military and to commemorate the 100th anniversary of the WWI victory, Lynda modeled this sterling silver pendant after the Belgium “Winged Victory” medal designed by Belgian sculptor, Paul DuBois.  The Belgium medal was one of a series of Allied WWI Inter Allied Victory Medals. Several variations were designed and awarded, in gratitude, to soldiers across the globe at the end of World War I.  Lynda replicated the Winged Figure of Victory medal and placed it on the pendant's scripted background, and added a border of ivy as a symbol of friendship.  The pendant has a detachable pavé diamond bale. Lynda was an Army wife for 30 years, and this pendant is her expression of thanks to those who served and continue to serve.  It is the combination of art work from two artists, one from the early 20th and one of the 21st century.  This unique piece is a great gift for those who love historical art or for those who served our country, including the military families who sacrificed so much.

“Winged Victory” was the title of a series of medals referred to as Inter Allied Victory Medals. Several variations were designed and awarded, in gratitude, to soldiers across the globe...
View Product